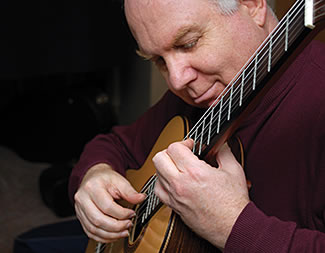 …and thank you for visiting our site.

Tom Silver is a guitarist who explores many styles of music on solo guitar, without vocals. He works with both the classical (nylon string) guitar and the steel string acoustic guitar to create his own sound and interpretations of music across these many styles – including well-known Classical Guitar, Broadway, Jazz, Brazilian, Celtic and Classic Rock music. Each album was created with loving attention to detail—in choice of selections, original album art, and gift quality packaging. Tom Silver’s music can be sampled in Music Clips. Latest Release Now Available! 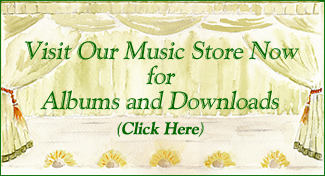 On Isn’t It Romantic, his most recent album, you will love the classic Golden Age of Broadway hits as well as classic Jazz! George Gershwin, Jerome Kern, Rodgers and Hammerstein, Andrew Lloyd Webber, and Burt Bacharach are among the many composers represented here.

In Rock Mosaic – a collection of popular classic rock music from the likes of Paul Anka, Ritchie Valens, Paul Simon, Neil Sedaka and others, including some top hits from the ’70s, ’80s and ’90s—he plays classic rock music on classical and acoustic guitars. Designed and packaged with gift-giving in mind, as every aspect of this album evokes the classic rock era – the songs, the liner notes, even the physical music album with its 45rpm vinyl-like look – brings the listener back in time. With all original watercolor art specially created for this album, Rock Mosaic makes a wonderful gift. The album is packaged in a sleeved jewel case.

His Guitar Mosaic album showcases Tom’s broad range of musical influences, ranging from the transcendent beauty of Brazilian masters to Celtic melancholy to the world of Spanish romance to the incomparable J.S. Bach and much more – a feast for music lovers everywhere!

If you love classic Golden Age of Broadway hits as well as classic Jazz, you’ll really love this album! We’ve put together 20 tracks of this music (an hour's worth), consisting of wonderful arrangements for solo classical guitar. There’s nothing like the intimacy of classical guitar for conveying the love and passion which are the essence of these songs. The album includes such timeless songs as Singing In the Rain, Blue Moon, Someone To Watch Over Me, Over the Rainbow, People Will Say We're In Love, and Fly Me to the Moon. Sample the Music Clips and check out the Music Store.

We borrowed “Isn’t it Romantic” (a 1920s hit -Track 12) for the album title because it encapsulates the theme behind all of the songs here. You’ll probably know most of them, either in their original form or as transformed by rock ’n roll in the 50s and 60s. Here are Rodgers and Hammerstein, Jerome Kern, Andrew Lloyd Webber, Burt Bacharach and many others.

This album is the perfect Valentine’s gift, and also will be well received on holidays and birthdays by anyone who is a lover of this great music. Packaging was designed with gift-giving in mind, with all-original artwork, interesting liner notes which tell the story behind this album, and a beautiful sleeve to hold the jewel case CD.

Popular hit classic rock music from the ’60s and ’70s on into the ’90s played as solo arrangements on either a nylon string classical guitar or a steel string acoustic. Twenty two tracks of all-instrumental versions of incomparable rock super hits. You’ll recognize all of the songs as soon as each track begins – and be swept back to a time when rock music took the world by storm. Please listen to our Music Clips to hear how beautiful classic rock music can sound on classical guitar, and check out the Music Store.

Guitar music a little out of the ordinary! This is a 22-track classic rock playlist that celebrates classic rock music mostly from the late 1950s, the ’60s and the early ’70s, with some classic rock from the ’80s and ’90s included. In his most recent album, Tom Silver takes you back in rock history in the form of these wonderful classical guitar and acoustic guitar music arrangements for solo guitar.

This album brings back memories of the Rock & Roll music which is the soundtrack of the Baby Boomer generation’s lives. There are Paul Simon songs aplenty, including Scarborough Fair, music of Neil Sedaka, Breaking Up Is Hard to Do and Neil Young’s Heart of Gold as well as Ritchie Valens’s hit song Donna. Songs like God Only Knows (The Beach Boys), the tragically beautiful Tears in Heaven (Eric Clapton), Helplessly Hoping (Crosby, Stills and Nash), and Sleep Walk (Santo & Johnny) are carefully arranged and beautifully played on Tom’s solo acoustic and classic guitars.

Classic rock songs may seem like a strange choice for a classical guitarist’s choice of album, but Tom has loved this music since it was new to him as a kid. You can read his wonderful liner notes (“Rock Mosaic – A Memory”) among the posts in Guitar Articles.

Performing on both Classical (Spanish) guitar and a Steel String acoustic guitar, Tom Silver bares his musical passion on this 21-track mix from the worlds of Classical Guitar, Celtic, Jazz, Broadway and Brazilian genres. Tom speaks to his audience with his beautiful playing of these finely-wrought arrangements for solo guitar, played with the passion and dedication for which the guitar was invented. Sample the Music Clips and check out the Music Store.

Guitar Mosaic is a many-splendored album of classic guitar songs, acoustic guitar music, easy listening music, mood music, Bach, Broadway, Gershwin, Mancini, Ireland, Brazil, Spain, Classical Gas – a cornucopia for the guitar lover. Despite the variety, all of the selections have something in common. Each works very well for solo guitar regardless of musical category.

All music was originally written or arranged for solo guitar, including arrangements specifically prepared for Tom's musical interpretations. Original watercolor artwork throughout was created specifically for this album, which is packaged with gift-giving in mind. Guitar Mosaic is packaged in a jewel case inserted in a sleeve.

Have a look at our collection of articles.